A Changing of the Guard at West Bradford?

Changing of the Guard at West Bradford?

Silverware Success for the 'Newbies' in 2021

We're currently busy preparing for The Annual Dinner 2021, when this year's prize winners will be awarded their trophies. The most striking thing when looking at this years list of main club trophy winners, is how many winners are either brand new or relatively new West Bradford members.

The Gold Cup Final saw two of the golf club's longer serving members competing for the trophy - Martin Rothera joined West Bradford Golf Club when Ronald Reagan was in The White House, Margaret Thatcher was in Number 10 and Rick Astley was number 1 in the charts.
Richard King, the eventual Gold Cup winner, joined West Bradford a little later - think Clinton, Major and The Spice Girls - but has still clocked up 25 years of membership.

At the other end of the spectrum, looking at our freshmen members - from the total of  21 major cups and trophies that will be awarded at the Annual Dinner this year - nine of them, or 43% of the total, will go to members who have joined the club since 2020 - an impressive achievement from the newbies! 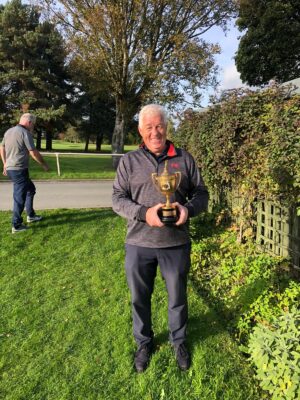 Richard King with The Gold Cup

Paul Smith, who only joined the club in 2020, won The Wade Shield with his partner Chris Taylor - who himself has only been a member for just over two years, having joined us in the summer of 2019. Nikki Thornton, who joined us in March last year, won the Annual Medal for the 3rd Division.  John Andrews, who only joined us last October, secured the 1st Division Annual Stableford.

Jake Green, who joined West Bradford in June 2020 saw successes in both The Annual Stableford 3rd Division and The Silver Plate, whilst Chris Stabb won this years Chellow Vase despite only joining us in March this year!

Callum Chippendale, who also joined us in March '21, won The President's Trophy, whilst Shaun Cox, who joined in April, won The Captain's Trophy. Finally, completing the roundup of winning freshmen, Steven Priestley, who joined West Bradford in March this year won the Roger Holgate Trophy.

Success for the New Senior's

Of course there's plenty of life in the West Bradford veterans yet - lots of longer serving members, aside from Richard King, landed main club trophies this year.
Richard Ellis - a member for 52 years (Harold Wilson, Richard Nixon and The Beatles) - won the Scratch Medal, Dave Riches, a member for 11 years (David Cameron, Barack Obama and Jennifer Lopez) - won The North Bowl, whilst the duo of Patrick Dempsey and Martin Duerden - with 52 years of membership between them (Major, Clinton & Olive / Blair, Bush & Beyonce respectively) - won the Centenary Trophy. 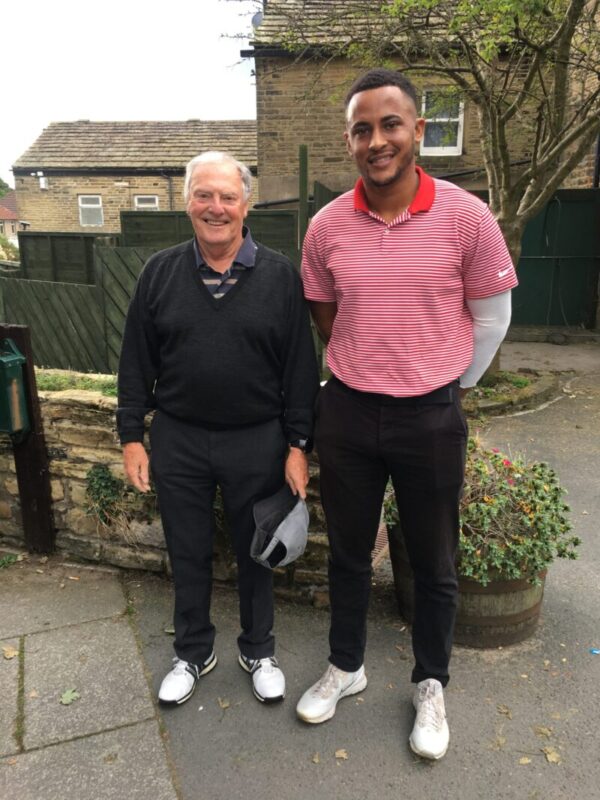 New member Jake Green, who won both the Annual Stableford 3rd Division and The Silver Plate this year.

Eddie Presland, himself only a member since 2019, won the Ralph Weldon Trophy, as well as The Tom Knapton Trophy with partner Steve Crawshaw. Finally Ian Ruthven and Chris McLaren won the Murray Lockwood Trophy.

It certainly bodes well for the future competitiveness of golf at West Bradford that so many of our newer members are challenging for, and winning, West Bradford's main club trophies.

Congratulations to all of this years winners, freshmen and veterans alike.

UPDATE:- Martin Rothera has been in touch to let us know that in actual fact, the Reagan/Thatcher/Astley date was the start of his SECOND stint at West Bradford, after leaving the club for two years. Martin tells us that he first joined West Bradford in 1976 as a junior, and even kindly researched his own cultural figures for us - they were James Callaghan in Number 10 and Gerald Ford in The White House.