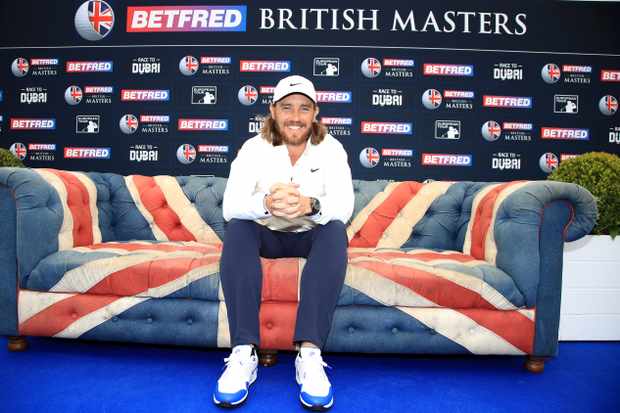 After the two days of football we’ve had, why not follow it with the conclusion of the Premier League title race and some Football League playoffs? The Champions Cup final between Europe’s two best teams takes place – and there’s the British Master’s Golf hosted by Tommy Fleetwood. It’s the weekend sports preview.

SkySports Golf, Thursday-Sunday from 10.30am

It may be slightly overshadowed by the exciting Premier League run in, but it's the first big golf tournament of the year in the UK.

Ryder Cup hero Tommy Fleetwood hosts the event in his home town of Stockport, with many of the field tuning up for the year’s second major next week.

The new season means the PGA Championship takes place in May, and also means the next three months is wall-to-wall quality golf, including The Open and the US Open.

Liverpool or Manchester City? City have a one point lead going into the final day, and I’m not sure many sane people would back against them when they travel to Brighton. But as we’ve seen in the last couple of days, football can throw up some pretty unexpected results.
Liverpool for their part need to beat Wolves, who have remarkably taken more points off the top six than against relegated sides this season. Will Brighton, after a poor season, be giving it everything for a shot at redemption in front of their home fans?

A couple of brilliant things about this years Champions Cup final before you even talk about the game.

How often is it you actually get two teams competing in a final who most pundits would have pencilled in to get there in their start of season predictions?

It might not be especially free flowing as a contest, but sometimes the beauty can be in the brutality. A contest to be savoured.

Matches will be shown live on the big screen in the Main Lounge, and in the 19th Hole.